Most often, we all follow the success story/path/strategy of other businesses or individuals. But sometime it may boomerang for new or existing businesses. By the time we realize, the project is already in trouble and started failing.

There are many reasons for project failure. Stakeholders change project objectives, bad planning of resources and priorities, sudden budget or time cut etc.

It is very hard to spot the early signs of project failure, but here is how you can spot the mistakes relatively easy, if you’re watching and how you’ll rescue or turnaround it in quick time.

It is very hard to spot the early signs of project failure, but here is how you can spot the mistakes relatively easy, if you’re watching and how you’ll rescue or turnaround it in quick time.

Once you find out these issues frequently you need to review projects immediately. The review includes budget, expenses, execution plans, resource allocations etc.

[bctt tweet=”Find out how to spot a failing project and what to rescue it? Read More: https://blog.orangescrum.com/” username=”TheOrangescrum”]

As a manager, you need to reassess if you go by the same strategy, plan whether to achieve the project goal on time and budget or you need to stop all project activities for a period in order to re-plan, modify the design, improve the communication strategy after discussing with all stakeholders, and then, finally, realign all the necessary resources.

Depending upon the unique aspects of a project, there could be multiple reasons for a project going out of control. It may include the following:

With our eagerness to start a project, most of the times we gather incomplete requirements.

Any incomplete requirements will have both a negative cost and schedule impact on the project, if you are developing a project using a standard waterfall methodology.

User requirements are still utmost important in iterative development projects which can be negotiated ahead of any development stage.

For projects to succeed, it must start with compact user requirements.

Many times, project schedules get out of control when dates and deliverables aren’t monitored and tracked on a daily basis.

Aiming the quick progress of the projects, managers leave behind issues unresolved for days, which indirectly affects schedule managements. I recommend that you should check project schedules daily.

Projects that run over budget are sometimes more prone to being cancelled because senior executives are concerned about the bottom line. 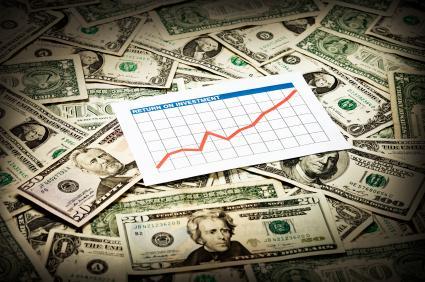 A project is still considered for continuation even if it shows gradual cost overruns. But as the losses mount and there is no sign of recovery, discarding the project becomes the only option. In reality, some projects are so critical to business survival that they can’t be stopped.

Therefore, the cost overruns are simply absorbed or skillfully transferred elsewhere. This is the reason why project managers must manage their actual budgets against the planned budget and keep their stakeholders aware of any deviation.

When clients insist on ever-increasing changes to the product being developed, scope creep can jeopardize the project.

I don’t know too many project managers who can handle too many changes all at once. And even more difficult situation for a project manager is when new changes are introduced after the project has been launched.

This usually drives up the cost, resource requirements, deliverables, and completion time.

Scope creep needs to be managed and the project manager needs to have a change control process in place to assess the impact and cost of the change and, possibly, negotiate the change for a future release.

Projects that are estimated and planned poorly do not tend to sustain for a long period. Managers tend to start projects without relying on proper analysis, and sizing, and fail to consult subject matter experts or cost estimators to validate how much project work packages will cost.

Inadequate or improper project documentation is cause for concern and should raise the red flag. 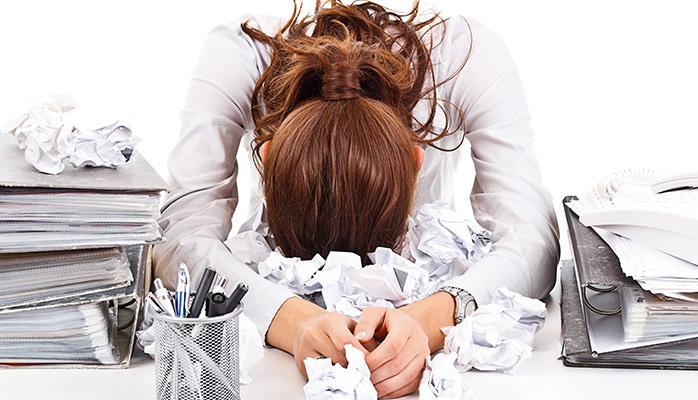 Lessons learned from many failed projects reveal that there was insufficient documentation to describe the project in its broader terms, and serve as a clear communication channel.

Projects that require integrating new tools and deploying new vendor applications/devices are always far more difficult to complete, because usually, only the vendor engineers are aware of the limitations and functionality of the products. This results in delays in project schedule and could require even weeks or months for product deployment.

If a project is undertaken using new technology, managers should be aware of the associated risks and plan their schedules accordingly.

Poor communication happens to be the one of the reasons of project failure. If nobody is communicating, including stakeholders, team members and end users, then this can create a hurdle in the progress of the project. 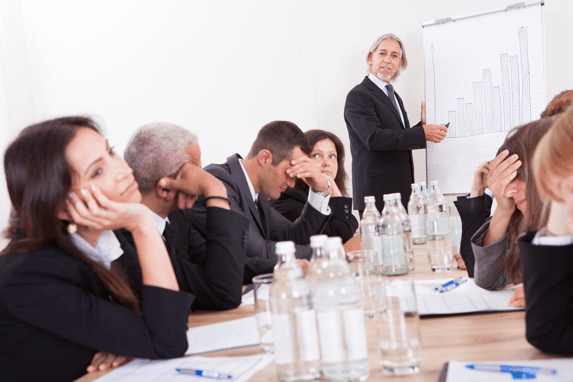 I have seen many projects fail because no one understands what to do and receives no communication as to current progress; this, inevitably, results in project failure.

Decision that aren’t made at all and decisions that are delayed due to second-guessing are both risk factors. 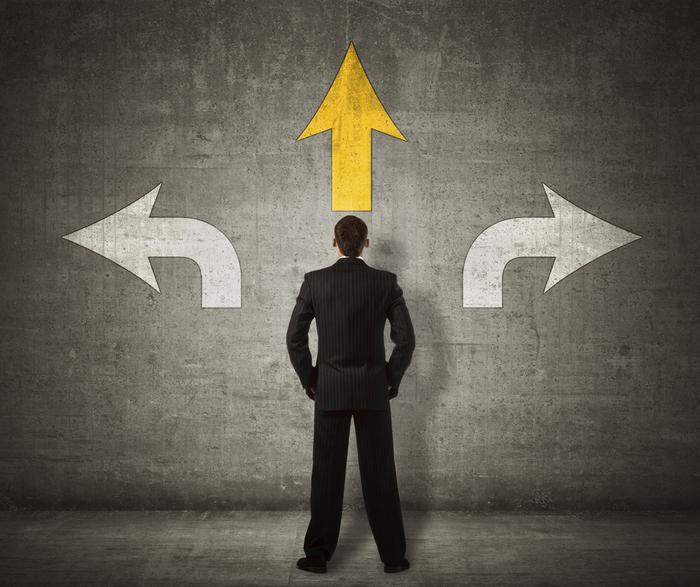 Additionally, some decisions are turned out-of-context as responsibility for them is passed down the line that they end up being made based on faulty information. This doesn’t bode too well for any critical project.

The person managing the project may not have the skills or experience to pull it off. Yes, any project can be stuck with a lame duck manager.

In such cases, it may be necessary to stop the project, replace the project manager, make the necessary adjustments, and start again. The departing manager should be given the option to provide his/her version of the story, though, before moving on.

A big culprit on any project is having either too little testing or delayed testing process. Both testing and quality assurance need to be built into the project from the day the project is launched.

So What Do You Do To Rescue The Project?

Many companies initiating projects often don’t anticipate any tsunami-like problems hitting them. They expect project managers to have done all the fancy footwork, such as planning and estimating the project correctly, and then to drive the project exactly as planned.

But when serious problems do surface and put the project at risk, then effective measures should be taken which, including stopping or re engineering the project. At this stage, you are probably at your wits’ end and may need help.

When problems get out of control and projects start going bad, managers sometimes ignore the root causes and simply try and force their projects along the designated schedule, without considering the future problems on the horizon (e.g., schedule slippage, budget overrun, resource clashes, cancellation, etc.).

The project then basically goes into a reactive mode, and nothing is ever the same again. For example, a critical project that has not addressed the user or support training and is near the delivery stage is in for serious trouble.

This problem—caused by poor planning—won’t go away and would likely require some re-engineering to get the project back on track.

If this project is a fixed-price project and performed by an external contractor, it is probable that the contractor will absorb the loss as well as the slippage in the schedule.

If this were an in-house project, company executives would be faced with stopping the project, scheduling training, having the users trained, and then starting the last piece of the deployment.

Steps Toward Finding The Fix

For project managers working against time (i.e., competitive industries), it may be useful to try to get the project back on track by taking the following steps:

Read Between The Lines:

Once you start getting wind of problems such as schedule, quality, cost, resource conflicts or late status reports, then I’d recommend a one-on-one review with the relevant project manager and resources as soon as possible to determine the project’s true status.

Try and assess what the reasons were for the project failing in the first place. There is no use of simply blaming people. If the failure was due to bad estimation or planning, then efforts need to be put into place to correct any future projects following the same path.

Determine What To Do:

Should you cancel a bad project or try and bring it back on track? Organizations faced with bad projects should first try and salvage their poor performers rather than cancelling them.

No one likes to admit that they are managing a failing project. This often leads to lack in tendency amongst the employees to raise the red flags when trouble arrives. However, these red flags, if raised on time, can save the project to fail. Here is what you can do to avoid this culture:

Across the enterprise, project and development managers have to be able to recognize the symptoms and warning signs of projects running aground. Those tools currently in place to correct problems (e.g., issue spreadsheets and monthly status reports) are just not good enough. Left untouched, it is no wonder we have such a dismal project success rate.

To increase your productivity, proper & open communication, time tracking, budget & resource management, you need to use a comprehensive project management software. Orangescrum perfectly fits in providing you with an all-in-one collaborative platform along with a neat and simple UI.  You can try it free by signing up here. You can also use our Open Source demo here.

Have you ever been part of a turnaround? What helped get the project back on track — and what didn’t? Leave a comment below.

Why Project Management Is Effective For Your Business And Teams?

Project Management Tips to Keep Your Employees on Track

How to Get a Failing Project Back On Track

The 80/20 Principle: How to Delegate Tasks While Working on a Project

Get latest articles on what's going on with Orangescrum and many more exciting infomation delivered to your inbox.

Any cookies that may not be particularly necessary for the website to function and is used specifically to collect user personal data via analytics, ads, other embedded contents are termed as non-necessary cookies. It is mandatory to procure user consent prior to running these cookies on your website.

The Art and Science of Resource Management

How to be a project management expert

5 Team Work Lessons from the avengers